The Radical Politics of Nature Writing

This paper by Pete Hay is loosely based on a talk given on the occasion of the national Inverawe Nature Poetry Competition, May 2006.

“We should write on, then, and we should do so knowing that this is no mere artistic luxury; no mere diversionary indulgence while the walls of the keep are crashing around us. We – those of us who sing the natural world – are part of the most urgent of political projects. We defend the interests of life its very self on earth; nothing less.” — Pete Hay

It is often observed that, unlike North America, a tradition in nature writing is inexplicably absent here. This is true, I think – indeed, until the 1970s we rather tended to partake of a heroic pioneering mindset, depicting humankind as locked in ferocious ‘it’s-them-or-us’ struggle against the natural world, and affirming the greatness and the rightness of the destruction of the wild in the cause of a triumphalist human progress.

It is also often noted – I have done so myself – that poets deserve exemption from this stricture; that writing the natural world has always been one of their major preoccupations; that this is so right back to Henry Kendall and beyond. Nature lyricism has ever been with us then, and I hope it ever will be. But, in the nature of the debilitating – not to say downright silly – turf wars in which we poets habitually engage over poetry’s One True Way, nature-theming attracts more than its share of detractors.

In my own island, down here at the end of the earth, I’m told (no-one has ever made this observation within my own hearing) that the form the sneer takes is ‘watercolour poetry’.

And just last week, at the launch of Issue 104 of Island, the incoming editor, Gina Mercer told a story against herself that bears on this very question. She spoke of having moved from Brisbane to north Queensland, then visiting the capital to read poetry, where a woman in the audience dismissed her with a disdainfully observed: ‘Oh, so you’re a nature writer now’.

There were those of us present when Gina told this story who wished she had fired straight back at that representative of the narrow, the shallow and the pompous, But, tacitly acknowledging the politically-correct weight behind the sneer – that to write of nature is to embrace irrelevance, an unfashionable country-ness, and a politically retrograde romanticism – she walked away. We poets are diffident folk, and I’d have it no other way. Back home, though, Gina did riposte, and very effectively indeed, by deploying her art to craft a fine and defiant poem about the natural world that we who were present at the Island launch were then privileged to hear. But the point concerning the status of a poetry of the natural world had been made, and it hung heavily in the Hobart bookshop’s close air.

Was it ever thus? Only up to a point, I think. Would Gina’s Brisbane tormentor have accosted Judith Wright with a similarly combative observation? I very much doubt it. It did, though, urge upon me the very question of what was the point of writing the natural world, and in poetic mode at that, in the late years of John Howard’s apparently interminable Australia, an age of self-made teenage millionaires, an age in love with the glories of an intrusive, nature-impoverishing (both literally and spiritually) gadgetry, the age of greed is good and the market uber alles.

This is how it seemed to me, as I struggled to think it through.

It is true that the natural world is significantly less central to our lives now. More and more of us live within cities and large towns in which the imperative of the quick and the wild is very much reduced. The points at which our lives intersect the natural world are increasingly mediated through filters of technology. We push buttons and absolve ourselves of responsibility for our wastes. We technologically expunge the impacts of weather and climate – and ‘Life’s Good’. Even when we drive into the country, road and vehicle technologies erect barriers of comfort and intervening walls of perception that render the country through which we travel increasingly remote, increasingly detached.

Does this make an art of the natural world less relevant? ‘No’ (comes the shout from deep within) – the contrary is the case: it is more relevant. 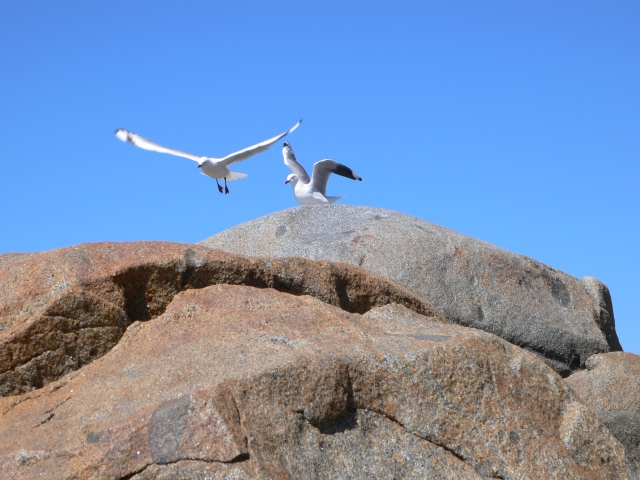 We are living at the time of Planet Earth’s fifth great age of extinction. We know this to be the case. Unlike the previous mass exterminations we – our clever, resourceful selves – are the cause of this one. We know this, too. With a comparatively minor deflection of global spending priorities away from some big-ticket categories – military hardware, say – to life sustaining and enhancing projects, we could put a stop to this. We could make the planet secure for the marvellous-beyond-compare, intricate-beyond-imagining mesh of life, and all its currently-unravelling components, living and systemic, could anticipate a future.

We don’t do this because we don’t have the will to do it. Why so? Precisely because the natural world has become so remote from us, in our sanitised, push-button times. For what is remote is of no account – not, anyway, when it comes to the allure of private opulence; a powerboat in every garage, a plasma wide-screen in every room. Art of the natural world stands against the trend of our times – but it is far from an exercise in conservative nostalgia. It is deeply activist, and its politics is a politics of resistance. It stands four-square in defence of the most defenceless, the most vulnerable, the most innocent, and the most shamefully exploited – the denizens of that quick and living world that exists in a zero-sum relationship with our superheated lifestyles.

But within the creative arts, what, specifically, of poetry? I’m minded that in 1937 Renoir made what many people regard as the acme of cinematic achievement, La Grande Illusion, as a mobilising sally against the slide towards war. And in 1939 Europe went to war. If a powerful work of cinema – for 80 years, the most democratically accessible of all the arts – could not stand against the flow of the times, what chance poetry? We do tend, in the world of creative enterprise, to read too much motive power into our work. In terms of all the forces that determine the course of human history, art is comparatively minor – but only comparatively minor.

Even poetry – with apparently the smallest ‘reach’ of the arts (certainly of the literary arts) – can be a factor in change. It may be a small tributary only within a larger reconfiguration of how we might imagine our common future, and how we might recast policy priorities. But poems can prise old certainties loose. They can induce epiphanies. They can throw switches. They have a subterranean power that should not be underestimated. Even a poetic ambition no larger than merely to bear witness may have an influence beyond the humble span of its intent.

We should write on, then, and we should do so knowing that this is no mere artistic luxury; no mere diversionary indulgence while the walls of the keep are crashing around us. We – those of us who sing the natural world – are part of the most urgent of political projects. We defend the interests of life its very self on earth; nothing less. We should write of it lyrically – which is to say, in that wrongfully-dismissed ‘watercolour poetry’ mode – because this, too, is radical politics. Hymn its beauty, unveil the wonder and the exuberance of life, and find wonder and exuberance within your own consciousness.

Or write, if so you will, of the darkness in nature; of the darkness revealed in your own ambivalent soul when the natural world does not meet comfortably your terms of engagement. More poets are doing this, and a good thing, too. If Mary Oliver can write thus, none of we mere poetic mortals have anything to fear.

Or write poems of sadness, bearing witness to the carnage we daily wreak upon the natural world, taking its bewildered tragedy upon yourself, merging into that deep well of sadness.

Or fire up in anger and defiance, bristle with rage, take up the cause of the wild things, and shoot back. Better still, accordingly as the mood takes you, do all of this. These are distinctly different ways of writing nature, but they are all politically imbued, deeply so, radical smallshot for deployment in the cause of the defenceless and the exploited.

Oh yes, write of other things too. By all means go to the mean streets and write them, and write, too, of the ambiguous comforts and the complex injustices of domestic interiors. It makes it harder for those who would sneer to squash you into their boxes labelled ‘irrelevant’ and ‘minor’ and ‘unfashionable’. But don’t stray too far. That embattled quick and living world needs your poetry, too.

Pete Hay’s most recent book of poetry is Silently On The Tide, Walleah Press.  It is available from Forty Degrees South. 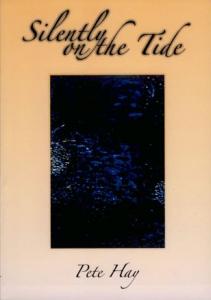 This entry was posted in All posts, Writing about Place, Your Place and tagged Inverawe, nature writing, Pete Hay. Bookmark the permalink.